Marcus hits 2021 with a vengeance in his latest The Looper Projects offering. Inspired by early video games and their never ending series of challenges, Final Stage: Fight! is an allegorical response to our theme of “Redirection”.

My initial thoughts when coming up with concepts for the theme “redirection” was how light rays are reflected off of every surface that we can see, and the vector math that drives modern VFX and game render engines. While brainstorming with these inspirations I noticed that vector math is present in almost every video game, back to one of the very first, Pong.

The way the pong ball bounces off the paddles and screen sides at coincident angles is a perfect representation of reflecting light. This short project became a love letter to retro video games that are important to me. I may not have been playing them when they were brand new and in arcades but I grew up playing these games on my GameBoy and subsequent systems.

“Redirection” is also reflecting how video game design has changed in such a (relatively) short time. Games started out very simple, being limited by a computers capability. Now games are packing in more gameplay, mechanics, and graphics than I would have thought possible as a little kid.

The game design industry is constantly shifting direction and trying to come up with new novel ideas, or improving old tried and true formulas, I felt that exploring this idea would be another way to show off the multiple levels of redirection that are present within a concept that at first glance might seem overly barebones.

From a technical approach I also wanted to try something new. Instead of relying on the typical go-to tools for motion graphics I went to similarly powerful tools that are just less used than the industry giants like After Effects.

All of the layout and animation was done in Blackmagic Design Fusion. It’s more well known for its compositing tools than animation and motion graphics. But Fusion turned out to have some features that were a huge benefit to the “pixel art” look that I was going for.

Sprite sheets and pixel art were all created in Affinity Photo, which also had some great tools for this workflow. Once I got into the mindset of node based workflows for animation I found it really easy to organize everything. 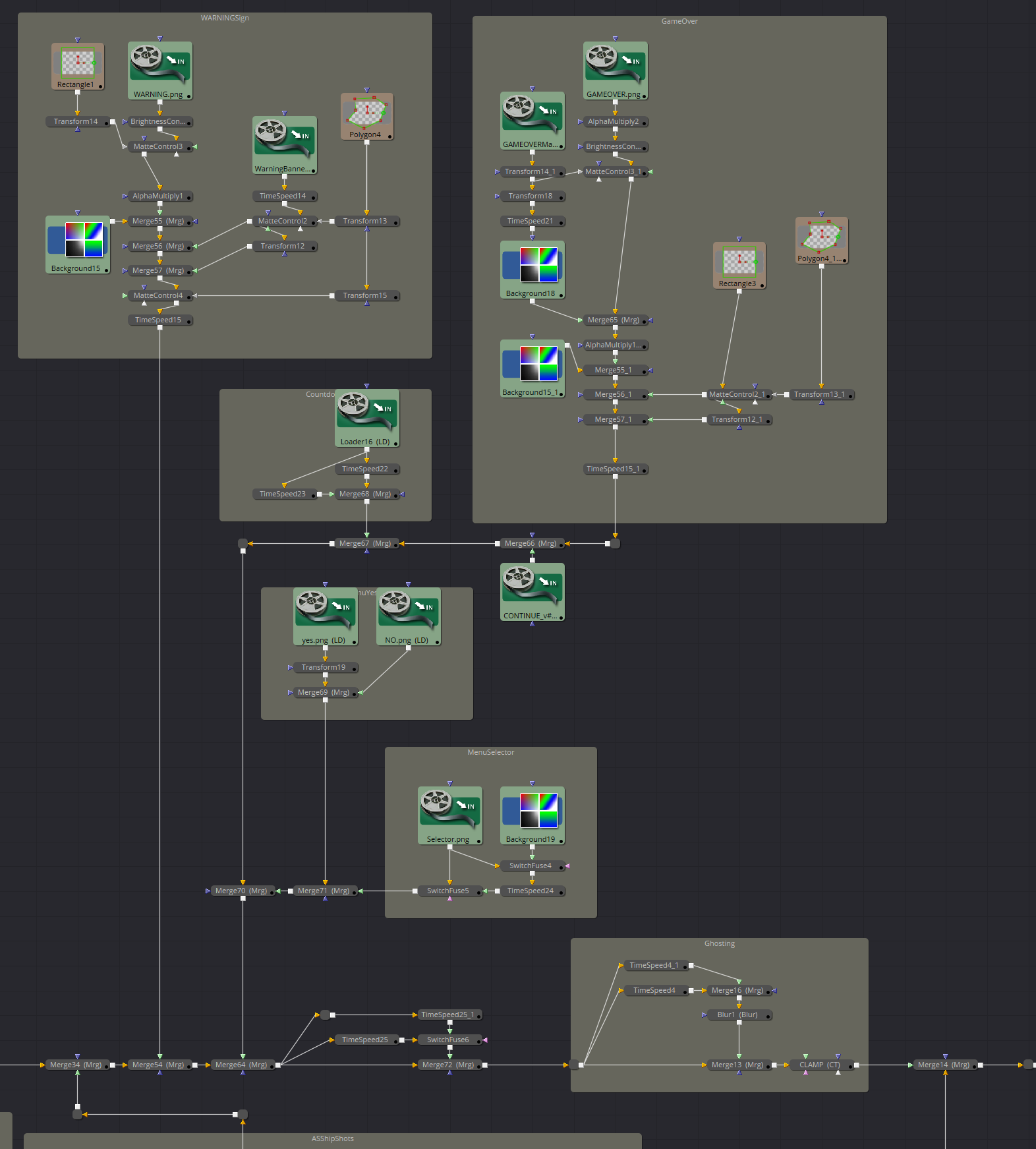 This kept the project easily editable without breaking the entire thing. Which is something that always seems to be difficult in a layer based workflow.